“In this world nothing can be said to certain, except death and taxes” – Benjamin Franklin 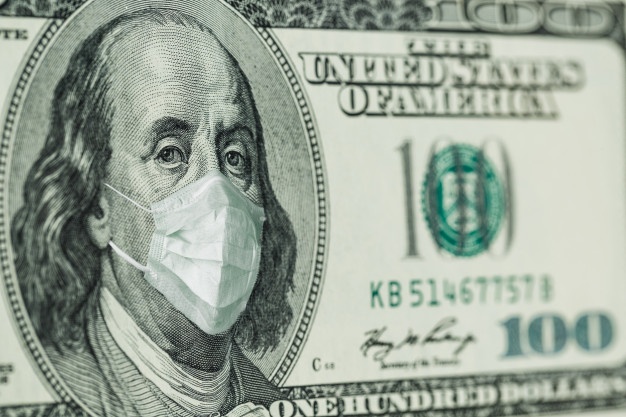 I hope that you and your families are keeping well and staying safe.

With another bank holiday on Monday it does give the financial world a little chance of a slightly extended weekend to take a breath and get some overall perspective.

This then goes hand in hand with an expected government announcement toward the end of next week that might tell us what the next steps look like, post 1st June.

Over this period of lockdown, we have seen a massive move toward home working, video calls, emails, online conferences and training courses not only for business but with the general population using the internet more as a whole.

It has provided us all ways of seeing and speaking with our families and friends at a really hard time.

Will it stick afterwards is the question here?

Once some normality does return will we all rush back to the shops, restaurants and the high street. Or will this be the event that pushes all toward the online world, that I have talked about for the last couple of years in our reviews.

With every door that closes one opens and the online world can move at a greater pace than a traditional business. A product can be perceived, tested, built and launched in only a matter of hours not weeks or years in the “old” world.

Things are softening in the business world with movement back toward office working for some and Canary Wharf is looking to welcome back around 12,000 of the 120,000 workers it would normally see each day.

One thing is certain a growing unemployment figure wasn’t exactly shock news, and this sits somewhere around 2.1 million right now. This will get bigger before it gets better as there is a delay on the numbers, but we did see a surge in claims for April of 856,000.

You may recall in one of my last updates I mentioned that we will be paying for this bailout in some way and that realisation may have arrived much sooner than we all thought.

Only last week we saw the red top press mention that the chancellor had already spoken of higher taxes, the removal of the triple lock pension and public sector pay freezes. There is no smoke without fire in these releases and I do think that the autumn budget will present a move toward this.

The sad fact remains here that an income tax increase is inevitable, to what level and how this would affect the allowances is not really known yet.  The standard 20%,40% and 45% tax brackets we have now could be a thing of the past.

It was said a 1% increase on the tax levels would raise £5.4 billion per year. Just keep in mind lock down is costing £1 billion a day so it would have a relatively small effect but longer term it would help balancing the books.

The triple lock pension increase costs a large amount to fund and is only getting bigger with an aging population. This is under pressure to be restricted or removed and has been for some time.

This will impact retired people but the only positive to this is lower inflation so this would soften the blow initially in a low interest rate world.

The economic data of the developed world economies now looks stretched and as expected it has pushed most to recession. How this looks in another 3 to 6 months will be more telling with lockdowns lifted and people not only here but across the world back at work. There is a delay on reliable data that comes from Gross Domestic Product (GDP) reporting and its always rear-view mirror.

I wanted to sign off this time with a little Trump!

Trump is up for re-election this year and his sole focus before this virus was how well the US economy had done in his time in office.

He can no longer solely rely on this given the economy where we are today so as he did back in Quarter 4, 2018, he’s picking the fight once more with China.

It’s an easy fight right now and it gets the focus off him and his handling of not only the virus but the lack of economic direction.

Late 2018, that’s all we spoke about, trade wars and of course Brexit. The issue with Trump is that he needs a victory here and restricting Chinese imports of any sort is then securing US jobs is a very easy sell.

As before neither side want or need this right now, but it’s a good time for him to play politics and get that much coveted second term.

My phone is on, I will always welcome a catch up at any time, be that about anything financial or just a social call.

Its mental health awareness week and support is only a phone call away, please remember that.

I hope you enjoy what looks to be a sunny bank holiday for once.

how can we help you?

Contact us at the Consulting WP office nearest to you or submit a business inquiry online.

Are your competitors talking about you in their boardrooms? Can every employee articulate your strategy and are they empowered to execute on it?

Since Consulting WP’s founding in 1985, strategy has been our core business. We work with companies in every industry to develop strategies that deliver results.