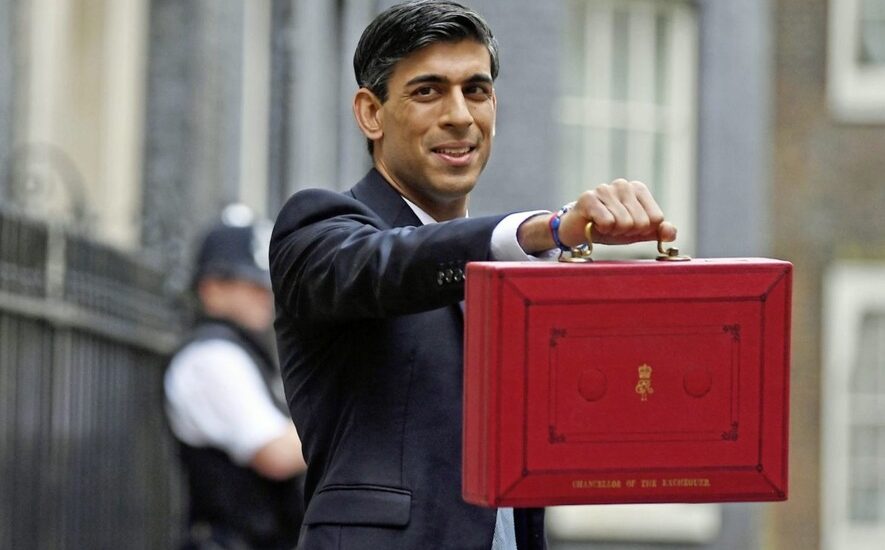 I hope that this update finds you keeping safe and well.

Following on from my last commentary the focus then was the budget which has been plastered on every media source high and wide.

Looking toward this, I wanted to strip this back and pick up on the main points that could affect your planning.

Pre budget the concern was the rumours surrounding these areas; the threat of a wealth tax, removal of capital gains allowances, reduction of the pension annual allowance amount, an increase in income tax, increases in National Insurance and the full removal of any Inheritance tax allowances.

Gladly none of these have actually come true and in some part that’s a really good outcome, no matter what the media might well say.

Things here could be much worse and the increases we are seeing will affect us but not to the extent of the others mentioned above.

We all know that Covid has cost the country billions and my view here remains the same. This will be boxed up at some point and paid for over the next 50 or 100 years. Very much like a war chest in some respects and future governments will have to deal with it.

For good measure here I have picked up on the main points and provided some direct commentary on each area. To give this a focus I have set this out below under each heading.

One area I will stand corrected on is stamp duty.  Given I have said many times this will not be extended, it has.

I don’t feel this is the right outcome here and the housing market was hot enough already. This will provide sufficient time for the deals done to actually complete so to that end I can see the reasoning behind this.

My concern is that the housing market will continue in the same hot form and this makes first time buyers and some home movers unable to make any progress seeing as prices do keep rising.

It does appear that the UK housing market is now the main barometer of the health of the economy, so if this is doing well everything else will just follow.

I question this and with so many people still on furlough and us still within a national lockdown, maybe the effect of this will not be felt just yet.

Final point, I am really keen to see how the Green bonds will be invested and of course the returns. I am sure we would all like to put our money to the best use and for that to be in a more sustainable way and help our green recovery.

There will be a great demand for these and once announced we will pick this topic back up again in the Summer.

As always please feel free to contact us directly if you need any further commentary or on how this may affect your planning directly.

Arguably the biggest announcement at this year’s budget concerned income tax. Instead of raising tax rates, the chancellor announced he would be freezing each of the income tax thresholds:

As inflation and wages rise, this policy will bring millions more into higher tax brackets. The Treasury estimates it will raise £19.3bn from this over the next five years.

Another policy announcement which will have a big impact concerns the pensions lifetime allowance (LTA). The LTA will be frozen at £1,073,100, raising the Treasury £990m by 2025/6.

In addition, the Treasury also announced it would be maintaining the current inheritance tax (IHT) thresholds.

The annual exempt threshold of £12,300 before capital gains tax is liable is also being frozen. I’m just very glad is being kept in its full form.

This announcement was the extension of the stamp duty cut, which was due to expire at the end of March – potentially leaving thousands of transactions unfinished.

With it leaked that the chancellor would be increasing corporation tax, so it turned out to be true but with a twist. While businesses with profits over £250,000 will see their tax, rate rise to 25% by 2023, firms making less will see their rate reduced by marginal relief.

Firms making less than £50,000 will see their current level of corporation tax maintained at 19%.

Green policies were mentioned only a few times by the chancellor, but one new offering is the ‘green bond’ issued by National Savings and Investments (NS&I).

This will give savers the chance to invest in green projects while also earning interest on their savings.

It will be based on the UK’s sovereign green bond framework, which is also due to be released in summer. What I am hoping for here is that these will be tax free making these even more attractive.

how can we help you?

Contact us at the Consulting WP office nearest to you or submit a business inquiry online.

Are your competitors talking about you in their boardrooms? Can every employee articulate your strategy and are they empowered to execute on it?

Since Consulting WP’s founding in 1985, strategy has been our core business. We work with companies in every industry to develop strategies that deliver results.